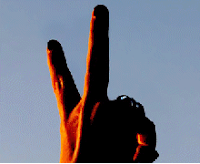 
October 21, 2011
For Immediate Release
Nathan.White@mail.house.gov
(202)225-5871
Kucinich Statement on the Announcement to Bring Our Troops Home from Iraq
Washington D.C. (October 21, 2011) – Congressman Dennis Kucinich (D-OH) today released the following statement after the President announced that the United States will bring home our troops stationed in Iraq.
“As one of the first Members of Congress to oppose the war in Iraq, I welcome the President’s announcement that he will withdraw all U.S. troops from Iraq at the end of the year. The U.S. has spent over $806 billion on a war that was based on lies. The war in Iraq has cost the lives of over 4,421 U.S. troops and an estimated 1 million innocent Iraqis.
“Yet today’s announcement fails to acknowledge that we will simply be replacing one U.S. occupation with another. Under the State Department’s current plans to take the place of the Department of Defense as the main U.S. force in Iraq post-military withdrawal, we are still maintaining a massive presence there, now with the State Department and its heavily armed private security contractors. And it is the presence of armed U.S. contractors that is the problem. It will continue to foment instability and violence in Iraq and the region. We need to get out now, not just trade uniforms and personnel. It is reasonable to ask whether the people of Iraq will notice any change.
“We are also guaranteed to continue to see billions of dollars go unaccounted for. According to the Commission on Wartime Contracting, Congress will need to dedicate even more resources to support State’s increased contracting and personnel costs. At the same time, the Commission warns that the U.S. has already lost between $31-60 billion in Iraq and Afghanistan. At an absolute minimum, Congress must heed the warnings of the Commission and implement significant reforms to the U.S. government’s acquisition process to ensure proper oversight of U.S.-taxpayer dollars and the 8,000 – 17,000 private security and service contractors that will be operating in Iraq.”
###
Posted by Minerva at 3:53 PM No comments:

Well Ellen Brown is "in the house" and back from her "Asian trip and lecturing":

Hi here is my latest article, posted on Asia Times –

We are happy to hear you are back. Saw you at the Alan Jackson introductory campaign.
This is definitely a campaign to watch for 2012 . . . Comments always welcomed . . . Minerva
Posted by Minerva at 7:18 AM No comments: