All partisan groups agree that the American $2.5 trillion healthcare system is broken. Why not have everyone agree to agree that healthcare is a right, not a privilege. Then let's really roll up our sleeves, put the interest of the patient first, dissect the components, and reclaim a healthy healthcare system. Allow the insurance companies to compete against the Single Payer Healthcare Program. Won't that be a change we could believe in, wink, wink?
However, according to the U.S. Institute of Medicine, the government projects the nation will spend $2.5 to $3 trillion on health care costs this year, compared to $912 billion in 1993. Between 1999 and 2008, the average annual employee premium contribution for family coverage rose from $1,543 to $3,354, the panel said. (Tue Feb 24, 2009). You ask why! Several elements are going on at the same time:
The pharmaceutical companies are upping their costs for simple medications into the stratosphere. So if you require more than one medicine, get ready to mortgage the family heirlooms or reacquaint yourself to friends in Mexico and Canada, where the Pharma is a lot less expensive.
Demographically, the baby boomers are moving through the life cycle snake; ever since WWII we have caused a shift in the economy, education and every other industry we move through because there are so many of us born during the same time period being that need to be accommodated.
The insurance companies are doubling and tripling their premiums because their increasing overhead is 1/3 more than what it used to be. Depending on whom you talk to, they are just plain old greedy!
Preventive medicine is not practiced as it should be in our society, so American takes larger risks, needs major lifestyle changes, and has more accidents.
Litigation is rising because of bad medicine and poor medical practices. Ask a doctor to show you their premiums.
There aren't enough doctors and nurses to go around to care for the seniors and infirm.
And I could go on and on and on but one element, greed is causing lot of headaches, sleepless nights and 75% of the current bankruptcies.
I believe my role in all of this is to educate. I say it constantly, know your opportunities and then make the decision, but you have to go out there and learn, read, discuss and find the knowledge.
I strongly agree, that those that can afford more healthcare privilege, should be allowed to pay for it. Those doctors who are enjoying the high life with the high-income privilege should allow that privilege and billing. This is still a free country, right? 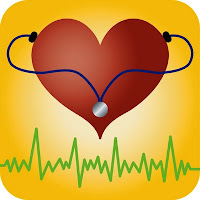 Those that like the insurance that they are currently receiving should be allowed to continue that policy, providing the employers are willing to continue paying the shared costs.
In the meantime, the rest of us, believed to be 80% of the population, who can't afford the "bankruptcy challenge", set up a pool to keep costs down and extend the Medicare/MediCal program. Let's get serious and let's put a stop to the fear mongering being used by the insurance and pharmaceutical companies.

Obama originally told us, if he had it to do all over again, he'd put single payer, also known as universal healthcare reform in place of the chaos we currently have. Obama did accept, it is believed, $41 million dollars from insurance companies. So is he in debt to these folks? You bet he is. There is no mystery, as Obama is informed on the issues, he has changed his position and is leaning to find balance in the debate. But some members of the PDA Progressive Democrats of America believe he should use his popularity capitol and make single payer his mandate.
I would assume anyone in the political profession who is honest may find that campaign promises will get mired in the details, discovery, and often financial reality. Once in office, candidates may need to change promises as one grows to understand, meet, study and become more educated on the policies. Does he want to run for another term? Obama has not said. Will he need the funding from the insurance companies? You do the math. What makes Obama different? The transparency. Is it Single Payer Healthcare? NO! Let me say it again, it is not Single Payer Healthcare! It is a compromise.
He is admitting (and everyone is beating him up on this one) that he is changing course and growing in his understanding of what he "can't immediately change". Something we never heard from the Bush Administration, however, opposition, jealousy, vengeance of people in the party, as well as the opposing party, who are notorious for playing unfair in the political sandbox, are hammering Obama. Okay, the Republicans lost this presidential round, but it doesn't mean they'll be on the "Island of Lost" forever. They'll get their new marching orders, once they determine who the next 60+ male with a wide midriff, receding hairline, angry, carnivore, eye bucking, sneering, snarling fear mongering chauvinist anointed party leader will be. And I am not excusing Michael, just because he happens to be a Black Man. Come on Colin Powell, give up the ghost, and join Arlen Spector's "out of the dark" progressive resurrection. They aren't going to appreciate you. Oops, I deterred.
I can see a single payer healthcare reform occurring in the response to recalcitrant insurance industry from reading everything I can find at this time, I'd recommend any of the following: 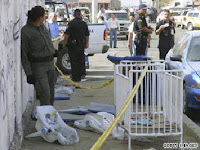