Yesterday the Associated Press interviewed Governor Sanford regarding his extra martial concubine and Argentine soul mate, Maria Belen Chapur as "a love story". Sanford also added details about seven other "relationships". My heart sunk. "Come on guy", I thought, will someone please tell Sanford to shut up! And what do they mean by "crossed lines"?

Unless this guy plans on selling this affair to Hallmark or another cable provider for a few bucks, he had better close his trap and find his spiritual advisor to write his press releases! He is digging the largest hole I have seen in quite some time. OKAY, I admit, I have a little more compassion than my fellow Democratic friends who enjoy watching this human fall out. But from everything that I have learned in college on "remorse" and "love" this situation is very human.

I'm going to say it. This guy is deeply in love with Argentine, Maria Belen Chapur, his mistress for more than a year. He is wrestling with his emotions, which are fighting with his head. My brothers would say "his little head". I know what a difficult time it can be to love the wrong guy. It is painful and raises anxiety off the charts! Everyone around you shakes their heads and fingers at you. "What is your problem? What part of 'no he isn't good for you' don't you get?" Been there, done that. And happily I can say, I am in a fulfilling loving relationships where love goes both ways instead of an undying "he'll finally figure it out one day." Enough about me, but this Republican leader and man of strong virtue is another Republican gift that keeps on giving. Doesn't he realize his children are hearing this saga? Doesn't he have any regard for his wife whom "he is trying to learn to love again"? Learn to love again, I don't think so, we women don't like being humiliated in public. Ask Clinton, Spector, Edwards and Gulianne's wives. And we don't like hearing about how wonderful to the touch the other woman is. We say we want to know, but we really don't want to know. And whatever you tell us, will be used against you, even when we ask for the gory damn details! Trust me, it will come back and bite you in your "arse" (SMILE) and some of us will lay and wait . . . So….

According to the New York Times article, "Mr. Anderson declined to help, noting that he is longtime friends with the South Carolina Attorney General Henry McMaster". And where is the Republican leader Michael Steele in all this mess? He publically admonished Sanford, but appearing less gutsy recently after the Limbaugh railings, refused to tell Sanford to step down; he doesn't really call it like he used to. Darn it! I enjoyed watching that powerful "I'm in charge", no nonsense leader of the pack, he-man image. So has someone put Steele in a more demur state? A la Palin, "You betcha", wink, wink.

Mr. Bauer's adviser Chris LaCivita alleged to Steele that they needed to get Sanford out, because of the embarrassment. But we also learn that Lt. Gov. Andre Bauer is the most likely person to become the next governor if Sanford resigns. So there is a matter of "delicate diplomacy" here. So let's all send in our contribution to the Republican Sanford Appalachians Tour before we start hearing about the real Fourth of July fireworks at his home. And I'm hear to tell you, I can imagine these sparklers here in LA. 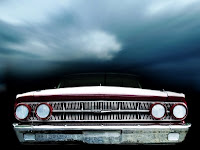 This is a beware notice originally published in CNN News. In case you missed it, if you get a call from anyway saying that they are giving away "Cash for Clunkers" it is a scam to get your personal information! But there is a way to find out more regarding the legitimate program behind this. The real Obama Program is called the "Car Allowance Rebate Program".
The National Highway Traffic Safety Administration (NHTSA) does have an official web site at http://www.cars.gov/. Their hotline number is (888) 327-4236.
According to the spokesperson for the NHTSA, Patricia Swift-Oladeinde, the "Cash for Clunkers" scams are asking drivers for "personal information, including names, addresses and social security numbers". The government web set will provide you with authorized dealers who do have to be registered to participate so call the above phone number if you have any questions or visit the website. 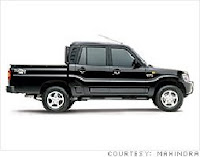 Congress passed the Car Allowance Rebate Program last week. After July 1, 2009 the bill will provide up to $4,500 vouchers to car buyers to replace their gas guzzlers for new fuel efficient cars. If your car is over 25 years old, you don't qualify. Will this boost employment in the automobile making states? Yes, it will. Will this help car dealers? Yes, it will. Will this keep some people on their auto parts jobs? Yes it will.
Will this help our environment? Yes, it will. Does this give you the impression that gas is going up? Oh darn, yes, it does. Do other foreign imports know about this little economic abatement gem to get Americans in the showroom? You bet they do!

Posted by Minerva at 8:51 AM No comments: