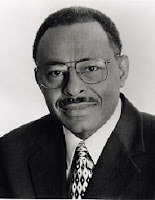 “Plantation Politics” is what Illinois Bobby Rush is calling the embattled Illinois governor Blagojevich’s appointment of Ronald Burris. Burris, who says he is taking over Barack Obama’s federal senate seat on Tuesday is possibly “ole school, grand standing” even though, he has been voted into office four times and has served the state of Illinois in varying positions for twenty years. Former Illinois Attorney General Burris calls himself “the solution to the people of Illinois’ problem” and in spite of all the media attention, he warns that if he is not seated, the senate will be hearing from his attorney. Burris, an attorney himself, served as Attorney General for Illinois. Others wonder why he didn’t turn down the appointment knowing that Blagojevich was asked not to appoint any senatorial replacement because of his own questionable “pay to play” taped conversation and the apparent selling of Obama’s vacated senatorial seat now being heavily investigated by Prosecutor Patrick Fitzgerald. The entire scenario has been named “Bleep Gate” due to the many curse words found on the tapes. http://www.youtube.com/watch?v=OpZHNb1DuGo

Meantime, the outmaneuvered Senate leader Harry Reid called Burris Sunday asking Burris to withdraw his acceptance of the seat. At Burris’s news conference at the airport this afternoon, while on his way to the Washington DC, he said that he is enjoying all the media attention and has no intent to challenge Reid through the media. Cameras are rolling from every major American news group to visually chronicle the possible unfolding episode. Yes, don’t be surprised that this becomes a “Hallmark, made for television movie”.

To date little has been said by Senior Senator Dick Turbin.

The Secretary of State of Illinois Jesse White, who is black, has not signed the certificate of election. Burris is calling the inaction an affront on the 13 million Illinois residents and plans on going to Washington anyway.

Will Reid have the sergeants at arm apprehend Burris when he stands with other junior senators? Will there be a behind the door deal made between Burris and Reid before they reach the senator floor Tuesday morning? Reid has said he is a trial attorney and willing to negotiate. Will the Democratic leadership reconsider the appointment being that Burris had a huge public send off by his “old guard” Black Democratic supporters? Supporters say that Burris is of outstanding character and shouldn’t be judged by BLAGO’s problems.

What I wish to address is Rush’s inflammatory usage of the Senate not seating Burris as the "the last bastion of racial plantation politics in America . . . we are just faced with a hard-headed room of people in the Senate who want to keep an African American out of the Senate." He referenced the 111th Assembly not having one African American in the entire chamber.

Is Rush seeking publicity, making misguided statements, spurring Obama’s ascension to the Presidency or just causing us to keep the situation under close scrutiny?

Washington Monthly states that the situation is: “strategically, a race-based strategy isn't just offensive; it's likely to be counter-productive. I seriously doubt Harry Reid is going to respond well to these kinds of accusations, especially when Reid has Barack Obama taking the same position.

Burris and his supporters who want to see him fill the vacancy have a far better option: emphasize the rule of law. Remind the political world, Illinois voters, and reporters that, like him or not, Blagojevich is the duly-elected governor, he has the sole authority to fill this vacancy, and he enjoys the presumption of innocence. Burris is unrelated to the governor's scandal and he's fully qualified and eligible to serve. The Supreme Court precedent in the Powell case seems to back them up.

Where is Jesse Jackson when you need him? Why didn’t he find a way to end the impasse caused by this situation? Could it be that he prefers to stay out of it because he is hopefully that his son may be eligible and he doesn’t want to taint the waters? Or is this just an example of Burris pushing the envelope to fullest extent of the law because he isn’t under scrutiny Blagojevich is?

As of this writing the Secretary of the Senate has rejected Burris’ application as the junior senator appointment. Burris exclaimed at the conference that “What has been done is legal,” adding, “I am the junior senator of Illinois”. He says the drama must be for the media to maintain their job and is coming from the media not him although he called the media conference.

Meantime last week, Burris filed a motion to the Illinois Supreme Court regarding his appointment being challenged. Also, last Friday he filed another motion asking the Supreme Court to “hurry up” on that motion, “so that he could take care of the people business of Illinois”.

Burris is 71 years old, in spite of his twenty years of service in the most recent few years; he has run for governor twice and lost and in his last bid, he ran for Mayor of Chicago also and lost. If he has lost the past three bids for elected positions the question remains is he the best candidate for this position or is this a ploy by Burris to increase the odds of being elected to the position when the term is up?

Well Tuesday morning will be “an event” to watch as to whether or not Burris is seated.
Posted by Minerva at 11:43 AM No comments: 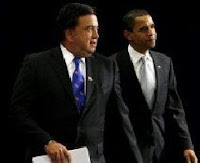 Cheney is still trying to convince us that his neocon buddies need to provoke Iran so he can upset the entire Middle East before he goes out of office. Call it World War III.
Posted by Minerva at 10:18 AM No comments: